A Tourist in London...

I've now started university in Bournemouth, and the first weekend the university offered a cheap trip up to London for the day for international students (coach & tour included), and since I've only gone through Heathrow and not into the city, I figured it was a good time to go. 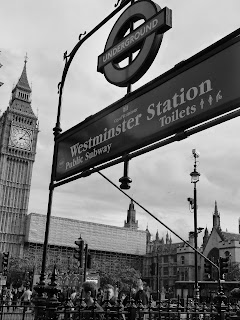 There are so many things to see and do so my strategy was to go and view all these places and then I'll come back another weekend or multiple ones and take my time going through each attraction and museum of interest.

Buckingham Palace is of course a must.... but incase you didn't already know, if the British flag (the Union Jack) is up then it means she is out of residence, and if it is her own flag (yes, she and all other royal family members have their own flag) then it means she is presently there. 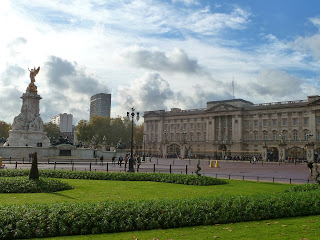 I now understand why London gets put in comparison with New York. It feels like you are in the center of the universe because you have everything at the tip of your fingers... shopping, gastronomy, entertainment, commerce, culture, nature, everything! And the parks... they're HUGE (like 1/3 the size of all of London) they look just like pictures I've seen of Central Park in New York. There's lots of people running, playing soccer, horseback riding, etc. through them.

There's far too much to do and see in London for only having a day or two... if you rush everything you might as well not even bother doing it. Now that I am 'based' in the UK for uni, I will make a lot of trips to London to see all that it has to offer!

Overall...
a great first experience to London
Posted by brittany at 5:40 AM