Edinburgh, so I've read, is one of the most beautiful cities in all of Europe... and I totally concur with this claim now that I've been there myself.

Edinburgh has an almost medieval appearance with a fortress style castle overlooking the city and completely monochromatic buildings throughout. The buildings themselves each look like medieval castles of some sort. 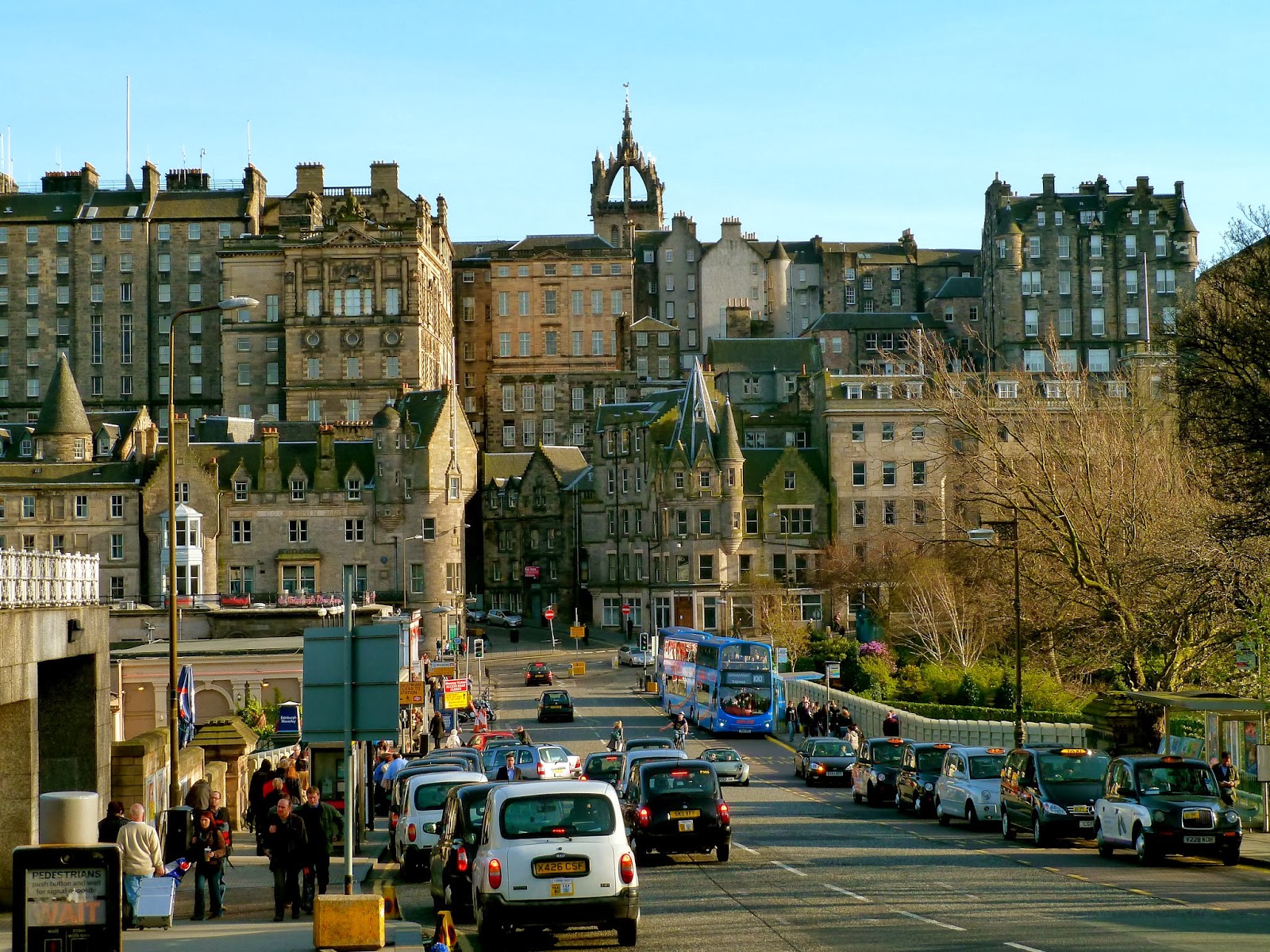 At the north edge of Edinburgh is the North Sea. Surrounding the city however, are quite lush green rolling hills; one of which is called Arthur's Seat and is a hot spot for tourists to hike up to to get incredible views of Edinburgh, nearby villages, and the North Sea coastline. It's actually an extinct volcano, as is the hill that Edinburgh Castle is built upon.The Castle of course also provides some panoramic views of Edinburgh below and is easily reachable by foot.

Another notable vantage point for pictures are up on Calton Hill where you'll find some interesting monuments including an Athenian Acropolis. It only takes about 5 minutes to get to the top from the Regent Road staircase on the Southside. 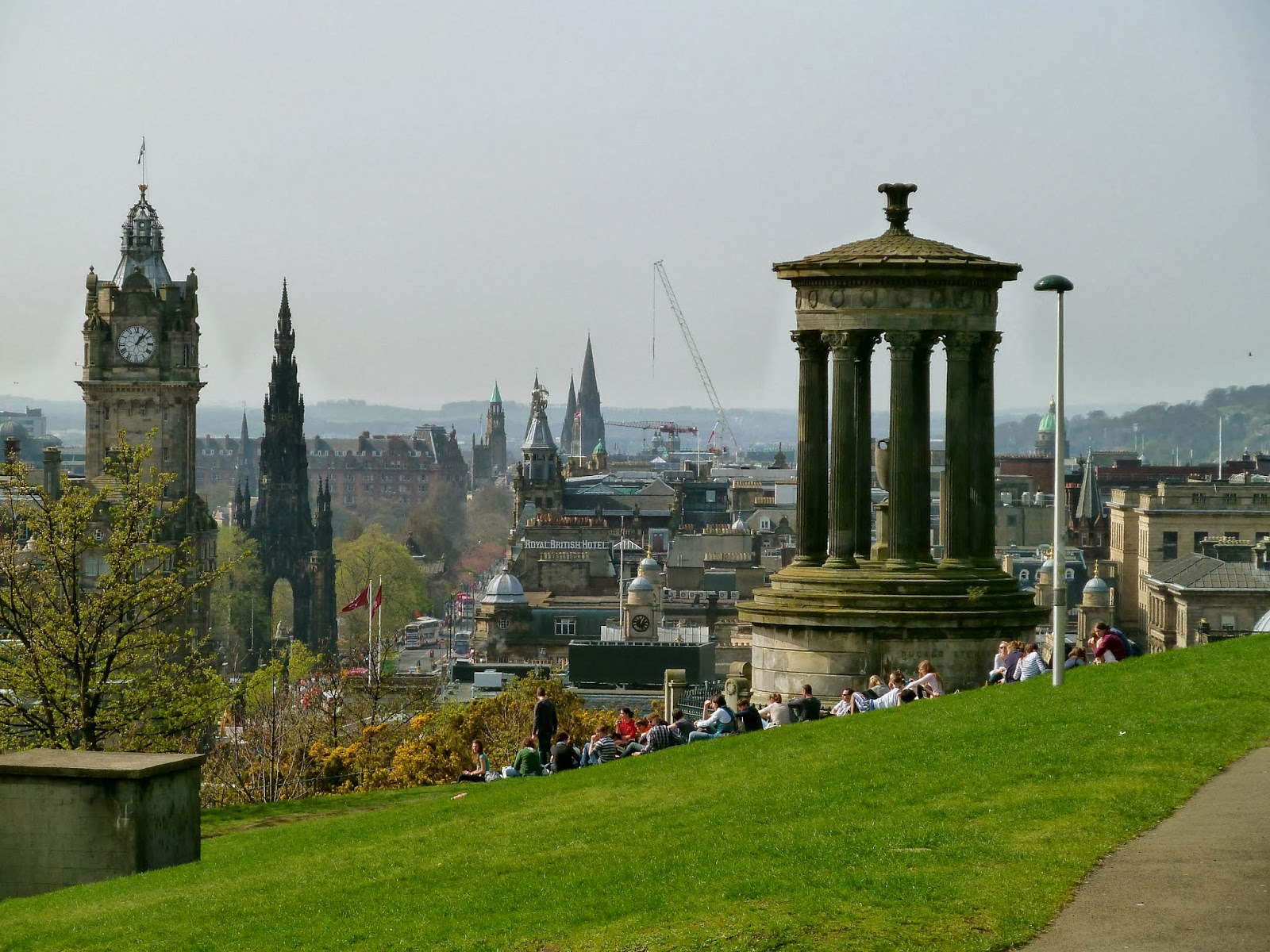 Also in Edinburgh is the Palace of Holyroodhouse which is the Queen's official residence when she's in Scotland. It's directly across the street from the Scottish Parliament. It's a very modern and rather artsy building, built just in 1999. Tourists can go inside, so I did. It was neat to see some of the acts and commissions that have formed the laws in Scotland today and also see the debating chamber where all assemblies take place. I saw one of the acts which in 1457 banned all golf and football (soccer) because King James II wanted people to practice archery instead so they could be more useful in defence for the country.

Edinburgh doesn't have any shortage of places to go or things to see, especially with the infamous shopping streets: the Royal Mile and Princes Street.

The city has a lot of green space which makes up for the lack of color everywhere else in the city.
Posted by brittany at 3:08 AM