I just got back from Amsterdam a couple days ago and it was awesome!

I took the Eurostar from London to Brussels, then transferring trains onwards to Amsterdam. 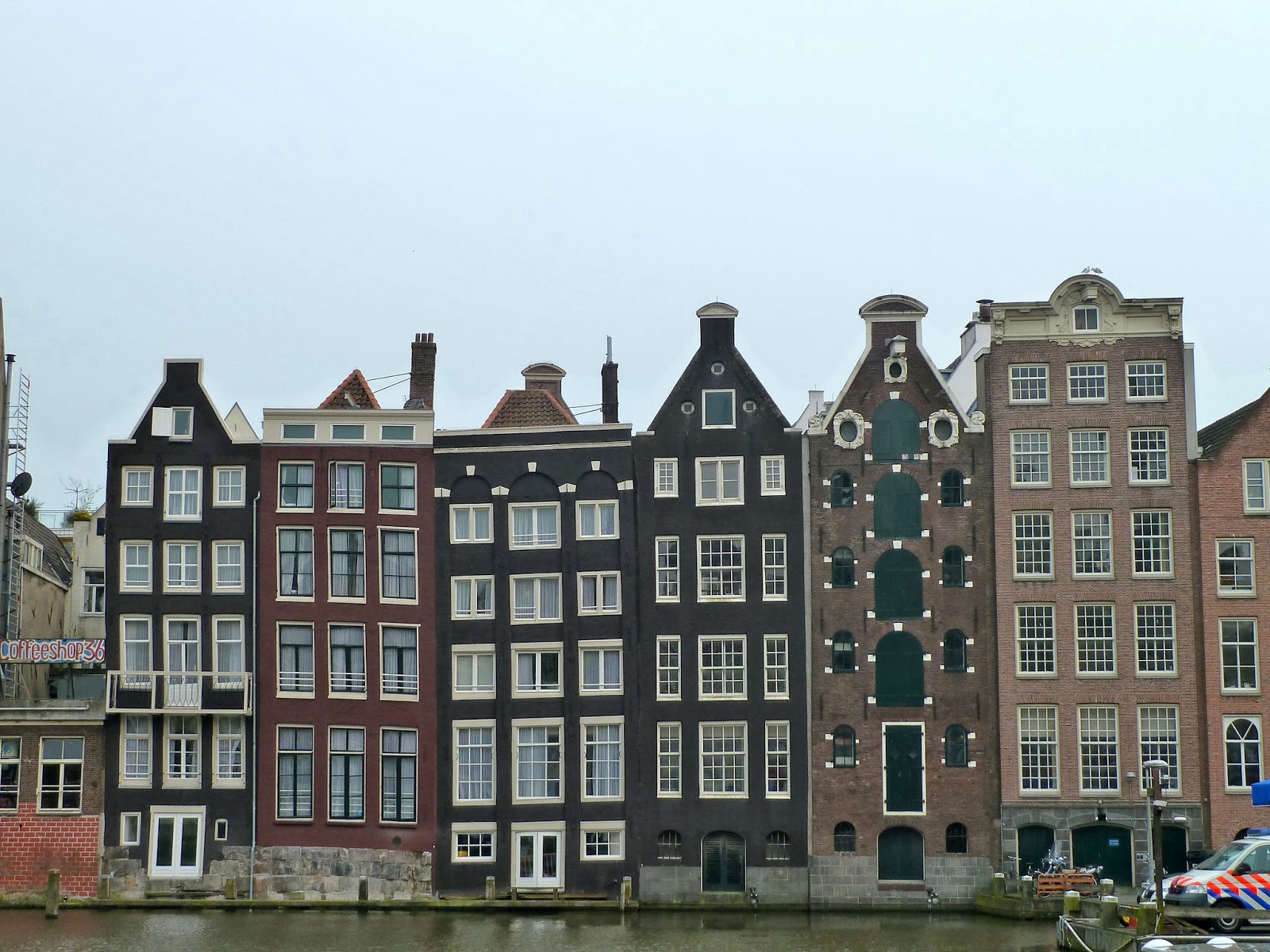 The first thing I noticed is that nobody in Amsterdam drives... everyone bikes. The bike has replaced the car in The Netherlands! When I told my hosts that I drive a car at home in Canada,  they looked at me like I was insane! But then I explained that in Canada everything is so much bigger and if I tried to bike from one end of my city to the other, it would take me hours.

The first day I got there, the host I was staying with brought her bike to come pick me up from the train station and she was like "well hop on, we've got a 20 min bike ride" and i was like "... but i have a suitcase?" and she was like "just roll it behind us!" So here I am sitting sideways on the back of this bike while she peddles, and I am rolling my suitcase behind the bike! For any of us not from the Netherlands, this would've looked hilarious... but to them it was totally normal. It was one of the funniest things I've ever done in my life and probably ever will do.

I didn't really know what to expect in Amsterdam. After 2 days of being there, I still felt like I hadn't really seen anything.... but then I kind of realized something - that Amsterdam, even though it's as infamous as say London or Paris, it doesn't really have the sights like they do. I didn't see any monuments (similar to Big Ben or the Eiffel Tower), or anything else of this nature. Instead I realized that Amsterdam was more about the people and their lifestyle; their bike-culture, the laid-backness of the people, strolling along the canals, lounging in the squares, and the unique architecture of the houses and buildings ... this is the culture of Amsterdam. And of course you can't forget the famed Red Light District and the Coffeeshops. 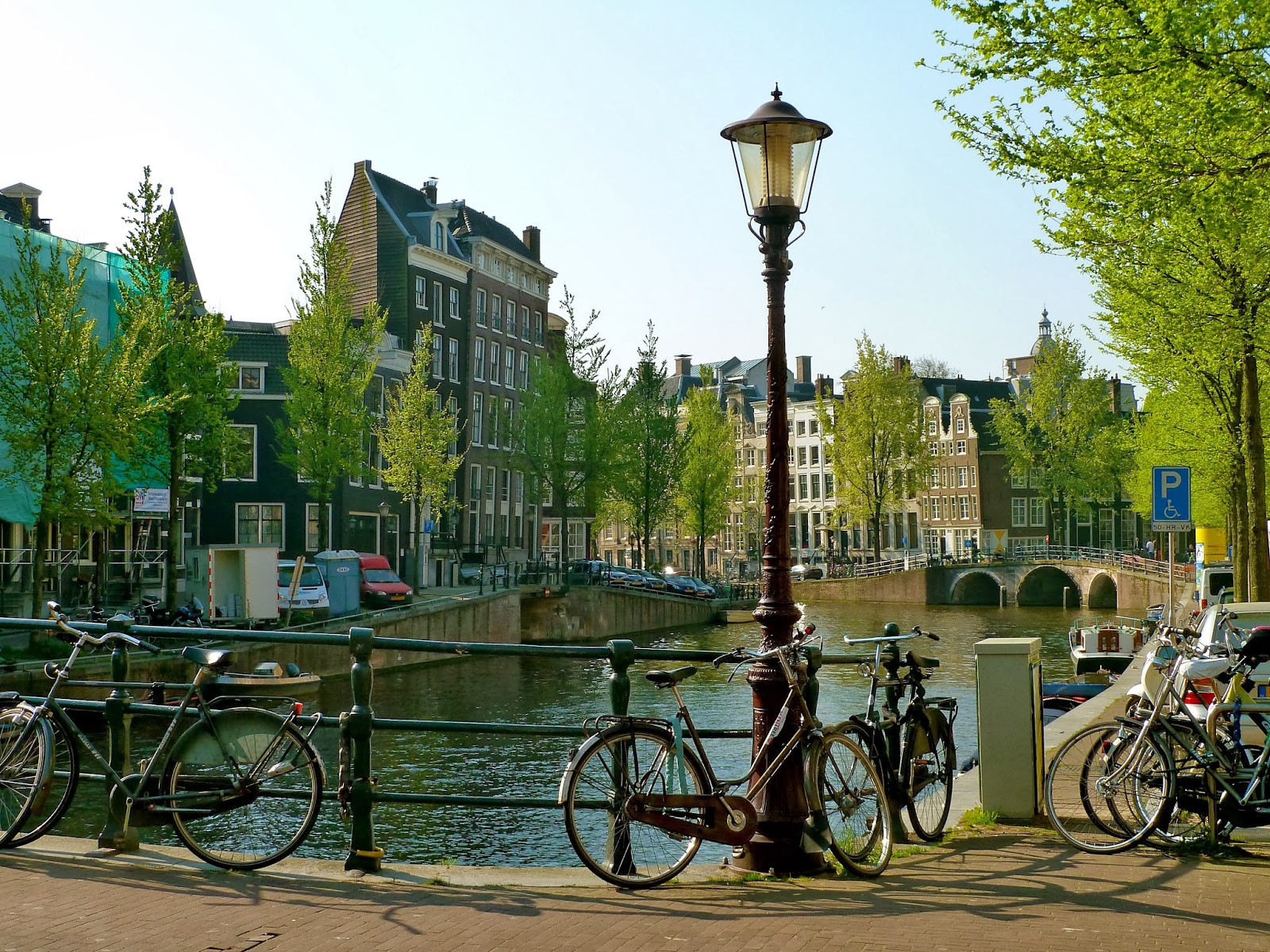 If you plan on going to the Anne Frank house, be well aware of the que times. I was quite interested in doing it, however the ques were about 3 hours long before the house had even opened. Personally, I didn't have this kind of time to kill during my time in Amsterdam!

My hosts also took me to this incredible garden/park called Vondelpark. Since it is April, all the flowers were starting to bloom and it was just beautiful! This park is extremely popular with the locals. You will see tons of people of all ages enjoying picnics and drinks on the grass and benches here. I highly recommend this park for a stroll if you need some down-time from wandering the streets. 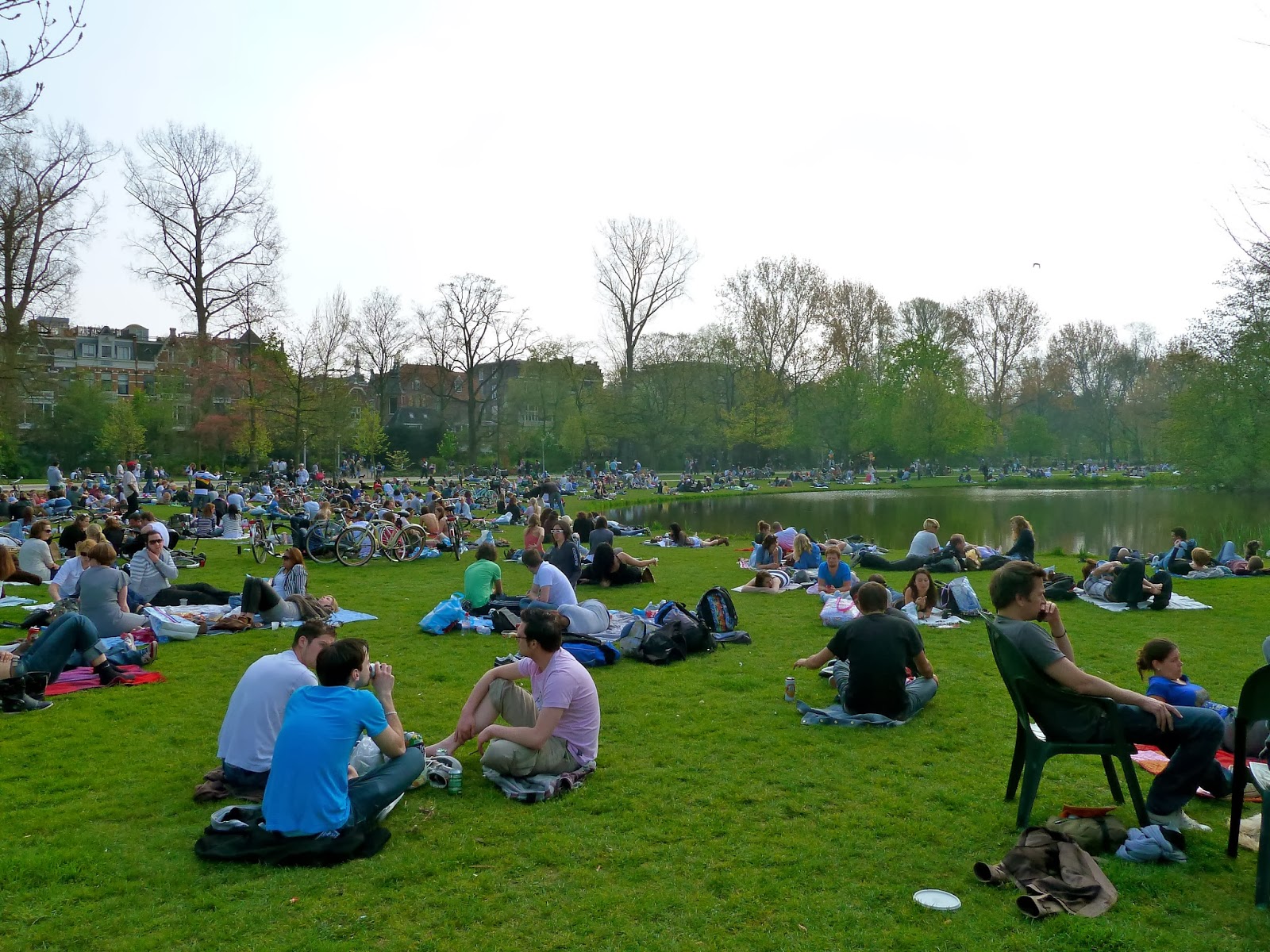 For me, Amsterdam was a different kind of holiday... but definitely in a good way and I would love to return one day!
Posted by brittany at 1:44 PM